What is a Car Power Inverter?

Since car batteries provide DC voltage, and most consumer electronics work on AC, you need a device known as a car power inverter if you want to use AC devices on the road.

With a car power inverter installed, you can take just about any electronic device from your home or office, plug it into your car, and use it as normal, with a few caveats.

Some of the most vital constraints to keep in mind whenever you use an inverter in your car include factors like the capacity of the car battery, rated output of the alternator, and output wattage of the inverter.

The fact is that the electrical system in your car can only put out a finite amount of power, and the battery can only provide so much before it goes dead, so all of these factors can all play a part in determining which devices can be plugged into a car power inverter and used on the road.

How Do Inverters Work?

Since most consumer electronics require something closer to a true sine wave, most inverters include additional components that create either a modified or pure sine wave.

Who Needs a Car Inverter?

Anyone who spends a lot of time on the road can benefit from some type of inverter. These devices are especially useful on long road trips, for camping, people who travel for business, over-the-road truck drivers, and other similar applications.

Some devices, like cellular phones and laptops, can be used with 12v attachments that plug directly into a cigarette lighter or accessory jacks. However, any electronic device that requires an AC input calls for an inverter. Some devices that you can run off a car inverter include:

What Are the Different Types of Car Inverters?

There are a number of different types of inverters, but the two main types that you’ll find in automotive applications are:

How Are Inverters Hooked Up?

In order to work, an inverter has to be hooked up to the car battery in some way. Some of the most common configurations include

The easiest way to hook an inverter up is to simply plug it into the cigarette lighter or another 12v accessory socket, but there are some limitations to that type of setup.

Since there may be other components hooked up to the cigarette lighter or accessory circuit, there is an inherent limitation on what type of devices can be hooked up to the inverter. Inverters that are connected like that are generally limited to a 5 or 10 amp draw.

In heavier duty applications, the inverter needs to be connected to the fuse panel or directly to the battery. Some fuse panels have empty slots that an inverter can be wired into, which will provide a dedicated circuit to the device. In other cases, the inverter can be connected directly to the battery with an in-line fuse. In either case, it is vital to use some type of fuse to avoid a potentially hazardous situation.

Since most cars and trucks aren’t really designed with inverters in mind, it’s important to avoid overtaxing the system. One vital factor to consider is the capacity of the battery. If an inverter is used when the vehicle isn’t running, it will tend to rapidly deplete the battery.

Some trucks have extra space under the hood for an additional battery, which can help reduce the impact of using an inverter when the vehicle isn’t running, but that isn’t always an option.

While using an inverter when the vehicle is running will allow the alternator to keep the battery topped up, it’s also vital to avoid overstressing the alternator. Since alternators are typically designed to provide enough power to run all of the electronics in a vehicle and keep the battery charged, they may not have enough additional capacity to run a powerful inverter.

The best way to avoid a problem in this area is to check into the rated output of your alternator and then buy an appropriate inverter. If that isn’t enough, there may be an OEM option for a higher output alternator that you can swap in, and aftermarket units that provide even more power are sometimes also available. 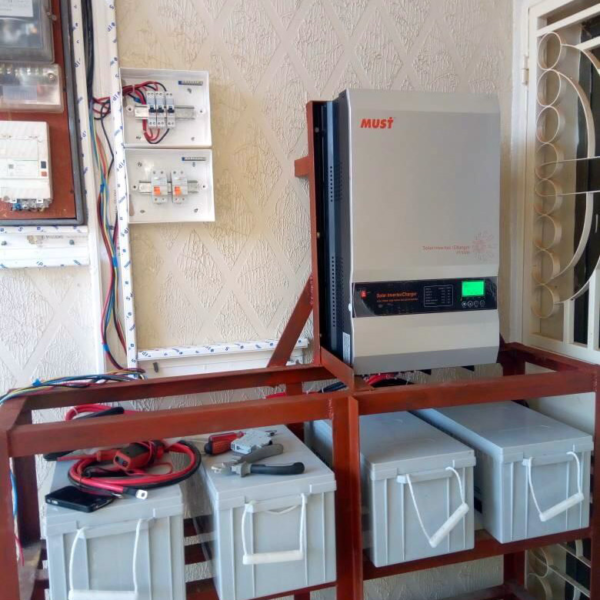 Why off-grid inverters can reach several times peak power in a short time May-12, 2020

How to choose the installation position of the Solar inverter Nov-26, 2019